For the third state downhill round this year the club went back to the (in)famous Nannup downhill track. Reputed as Western Australia’s steepest and gnarliest downhill track. Had that not been enough, after a fairly damp Saturday practise promising a perfect track on sunday heavy rainfall during the night had everyone scrambling to put on mud tyres and a completely different track to the day before. A multitude of crashes, broken bones, spirits and bikes all came together for a brilliant weekend’s racing. 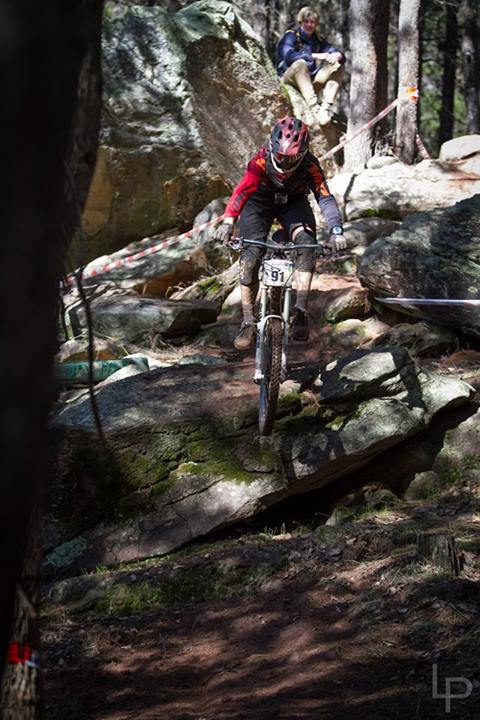 Personally I had not been to Nannup until the race and had only heard rumours about just how steep and technical parts of the track were, occasionally the word ‘unrideable’ would pop up in conversation about Nannup.

I’ve ridden my fair share of horrendously steep tracks back in Europe, but those were brake-burning survival rides down trails, just to say I’ve ridden them – not racing! Needless to say my pre-race jitters started on Friday night and never really subsided!

Saturday practise started off fairly slowly for me, just trying to learn the 3 minute-odd track and not hitting any of the bigger features until later in the day. Having 4 shuttle buses take us up the hill for the first time since Wellington Mills last year was a very welcome change! The challenge, as usual was to stop oneself from hammering out run after run since the track was an absolute blast, but concentrating on the important bits.
With 3 or 4 full-on rock gardens, some large drops, and multiple off-camber root infested sections there was plenty to learn and improve.

Conditions on the track were just on the wet side of perfectly tacky and it was looking like it would be perfect for sunday’s race. Unfortunately heavy rains during the night and a small delay to morning practise prompted me to change the front tyre to a full mud tyre, a skinny little squirmy thing, which I had never ridden; and I was about to take it down the most challenging track in the state!

Nearly getting is very wrong during qualifying

I generally do quite poorly when conditions get completely boggy, but a recent sloppy and wet enduro race at Wellington Mills the week before gave me some good confidence! With that in mind I ended up having a fairly good race run, getting smoothly through the bits that nearly had me off during practise and qualifying, although I did lose a lot of time wrestling to stay on the bike in a long flat root section as the race run shows. 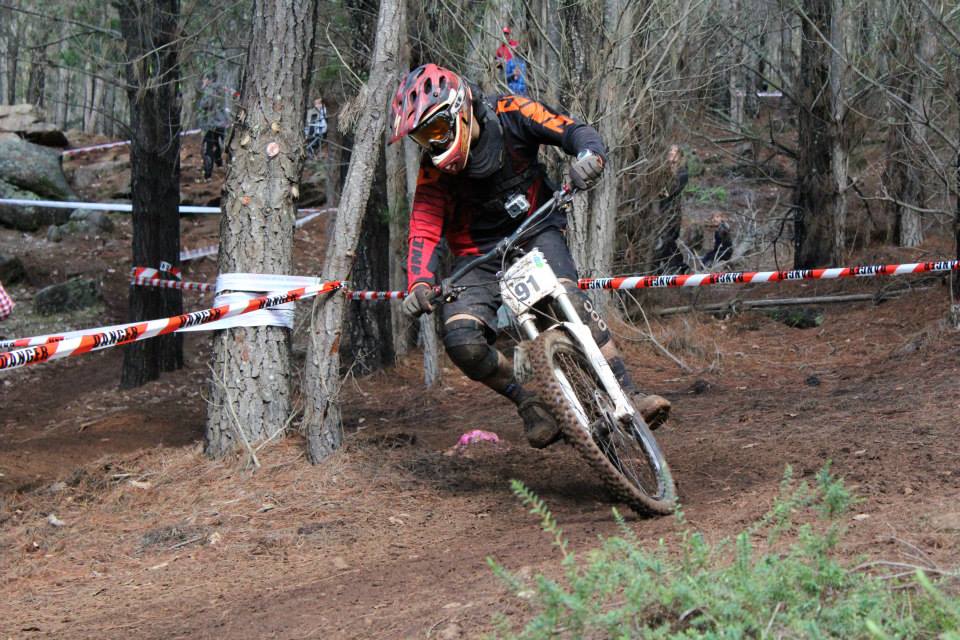 Into the groove for race run.

The great weekend and brilliant track did take its toll on the racers with several bad injuries keeping the ambulance busy on saturday, and my friend and riding buddy breaking his collarbone on his race run, all the while finishing almost 12 seconds ahead of me, placing 14th in the Elite category! It just goes to show, these things can happen to anyone!

All things going well the next state round is to be held Wellington Mills, hopefully to some good weather!